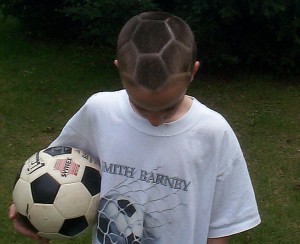 Lamoille County is a hotbed for youth soccer and here is the evidence. Since the turn of the century there has only been one year (2001) where there was not at least one Lamoille County high school soccer team in the state finals. And in all those remaining years, only one year when at least one Lamoille team did not win the state championship (in 2005 the P.A. girls lost 2-1 to Northfield).

Why?  The answer is simple, Lamoille County's youth soccer programs are fantastic. These programs are well conceived and well run. They were founded by people that not only understand soccer, but also understand the importance of how to properly foster and develop soccer skills, good sportsmanship and a life long love of the game in young people.