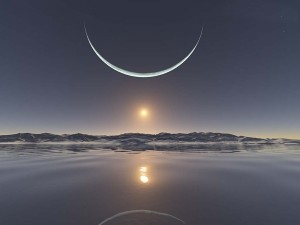 The Winter Solstice is upon us. This is the time of year that is represented by the shortest day (and the longest night) of the year when the sun is at its lowest point in the southern sky. It also represents the first day of winter. Many cultures dating back thousands of years have celebrated the winter solstice as having a spiritual significance.

For many in the northern latitudes it is a time that because of the short days/long nights and cold weather, people are drawn inward and life in general slows down. We here in northern Vermont celebrate by taking advantage of the winter weather by playing in the ice and snow while skiing, skating, snowshoeing, etc.

Even though many people look at this point in the year as a time when the hours of darkness are at their greatest, some choose to look at it as the time when the days beginning to grow longer marking the steady march toward springtime. But this is no time to rush winter, we have only just begun to enjoy it.